The history of ham

For 2500 years the pig has been one of the main sources of food for Parmesans.

And Etruscans, who had arrived there at that time, already salted the pig's thighs with a technique that has been perfected over the centuries to make Parma ham an exquisite food, famous all over the world. 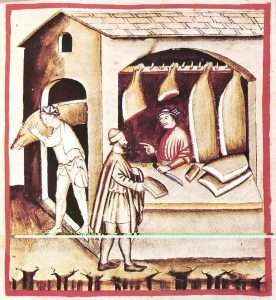 The salt, then, was taken from the hilly terrain where today Salsomaggiore is. The pigs were not like those of today, they lived in the thickets in the wild; then the man closed them in fences and domesticated seeds. The success of the ham began even before Julius Caesar. In the Etruscan archaeological site of Forcello, near Mantua, was found a settlement of the fifth century BC, probably, the northernmost Etruscan city so far studied.
Ceramics, fibulae, ornaments, have allowed to reconstruct the economic life of the Padan Etruscans of twenty-five centuries ago, in addition to the numerous bone fragments and entire bones (over 50,000 exhibits!).
More than 60% concern pigs, fewer were found bones of sheep, goats and cattle. The study of the findings showed a slaughter age of about two to three years for pigs, three years for sheep and goats. This means that the Etruscans practiced a stable and specialized type of breeding for the production of pork, sheep and, to a limited extent, also cattle, with production of wool and probably of milk.
Among the pork bones found, those of the hind limbs are very rare. Given the high number of finds studied, both arrived at the conclusion that the legs of the slaughtered pigs were eaten elsewhere, that in short were salted, transformed into hams, sold and transported far away.

To which markets were the hams exported?

The most likely hypothesis is that Etruria padana exported to Greece. Ancient Greek sources, in fact, praised the variety and quality of goods from Italy: not only wine and wheat, but also Etruscan meat and hams were exchanged with the famous Greek vases. Columella describes how hams were prepared during the Roman period and also another
Varro, an important writer of the time, recalls that the Gauls made excellent pork salted to export them to Rome in large quantities: they speak of three thousand, four thousand pieces a year. The Commercial road traveled, in addition to the Adriatic, used in trade between the Etruscans and the Greeks, was certainly the Tyrrhenian.

The technique of salting was used by the Romans who qualified the whole leg of pork, dried by salt and a long seasoning, with the adjective "perexsuccus", very dry, from which the term ham is derived.

Julius Caesar ate salted meats, a food very suitable for the wars of movement of which he was master; and much later also Christopher Columbus, for his second journey to the Americas, after complaining of the food supplies that had been given him, He was insistently asking for good ham.
Pork is a very valuable animal for food as it "has nothing to throw away" and provides safe, nutritious and cholesterol-poor meats. So we find it in every time on the rich tables of nobles and bourgeoisie and on the most humble tables.
At the end of the 19th century in the Parma hills of the Enza, Parma and Baganza valleys, the production of ham was organized in small artisan production units and the product began to be marketed in a systematic manner. After the war, the entrepreneurial initiative took on a more marked and consolidated character and the market crossed the boundaries of the production area and expanded throughout Italy and subsequently in different continents. 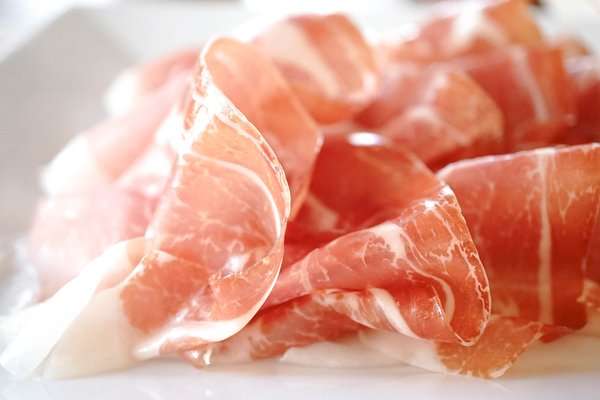 In 1996 the European Union recognized Prosciutto di Parma as one of the first products in Europe, the Protected Designation of Origin, and in 1998 the control and certification activity is
has been transferred to a new body, the Parma Quality Institute, which is completely independent and autonomous, which has the task of controlling and certifying the entire production chain, from rearing the pig to slaughtering until ripening, for which each ham is scrupulously
followed by birth at the table.

Where Parma ham can be born

The production of Parma ham is enclosed in an area, which is bounded to the north, 5 km south of the Via Emilia, to the south up to 900 meters of our Apennines, to the west by the river Stirone and to the east by the river Enza.

Credits: Maurizio Pacenza
We use cookies to improve our site and your browsing experience. By continuing to browse our site you agree to our cookie policy.I acceptExtended policy